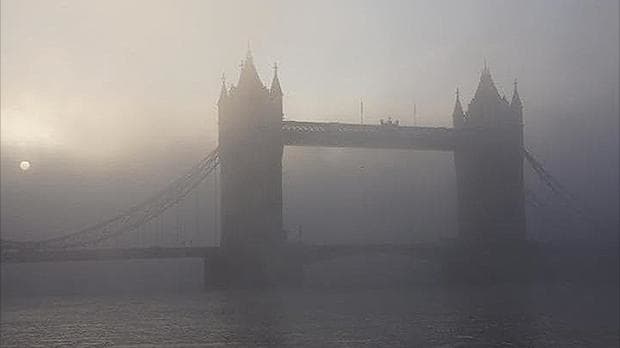 In the latest attempt to reduce air pollution across London, the city’s Mayor Sadiq Khan has announced that London’s new Ultra Low Emission Zone (ULEZ) could be introduced as early as 2019.

This will be a year earlier than previously anticipated, with the roll-out initially focused on inner London, before expanding to both the North and South Circular starting from 2020.

Mr Khan stated: “Just as in the 1950s, air pollution in London today is literally killing Londoners. But unlike the smoky pollution of the past, today’s pollution is a hidden killer.”

To help motorists get ready for London’s ULEZ, vehicle hire specialist Northgate has put together this guide on the scheme. They have also taken a look back at how London has fought against air pollution over the past few years.

What is the ULEZ?

The ULEZ relates to an area whereby all buses, cars, coaches, heavy goods vehicles, minibuses, motorcycles and vans must meet previously-agreed exhaust emission standards or pay a daily charge to travel within it.

Where does the ULEZ cover?

London’s ULEZ will operate within the same area that the city’s current Congestion Charging Zone (CCZ) is in force.

Anyone who is unsure of the locations that this covers, though, can simply find out by using Transport for London’s ULEZ postcode checker.

What are the standards of the ULEZ?

In order to conform to London’s ULEZ standards without facing a charge, motorists must be driving one of the following:

What are the standard charges of a vehicle which doesn’t meet the ULEZ standards?

If a vehicle fails to meet the ULEZ standards set out above, motorists will need to pay the following standard daily charge in order to drive the vehicle through the zone:

Drivers should be aware that there will be no barriers or toll booths as part of the ULEZ scheme. Instead, cameras will be used throughout the zone — these will read vehicle number plates and check them against a database made up of information from the DVSA, vehicle manufacturers and both drivers and operators registered with the TfL.

Does the ULEZ have any discounts or exemptions?

There are a number of specialist vehicles that will be exempt from paying the standard charges of the ULEZ. They are already exempt for the currently enforced London Low Emission Zone.

HOW HAS LONDON BATTLED AGAINST AIR POLLUTION TO DATE?

The introduction of the ULEZ is the latest in a series of initiatives aimed at reducing air pollution across London as much as possible. Here’s a look at some of the standout schemes that have been enforced throughout the UK’s capital over the years:

Greater London’s Low Emission Zone (or LEZ for short) was brought in as a tactic to reduce the particulate matter that is emitted from diesel engine vehicles across the district.

London’s Congestion Charge is a much broader scheme to the city’s LEZ, with the majority of vehicles which enter Central London affected.

Once nicknamed Boris Bikes, Santander Cycles is the public bike sharing scheme in operation throughout London.

So how does someone in London get started with taking advantage of the Santander Cycles? It’s simple:

The Pigeon Air Patrol is up there with the most unique ways for a city to take the fight to air pollution.

A project thought up by Plume Labs, the idea is that pigeons based in London carry a personal air quality monitor within a small and lightweight backpack. This device measures levels of nitrogen dioxide, ozone and other volatile compounds on a constant basis while the bird flies around the city.

Results from the analysis are available to view on the official Pigeon Air Patrol website.

What is the public reaction to London’s fight against air pollution?

A YouGov poll involving in excess of 800 people based in Birmingham, Leeds, London, Nottingham and Southampton has suggested there is strong support to how authorities in London are battling against air pollution.